On Friday 29 March 2019 we held the second launch event for the 3DPIP Futures Final Report, this time at the Chinese University of Hong Kong Graduate Law Centre in Admiralty, HK Island. Thanks to the CUHK Faculty of Law for hosting and providing catering for the event. You can find information about the report itself here. 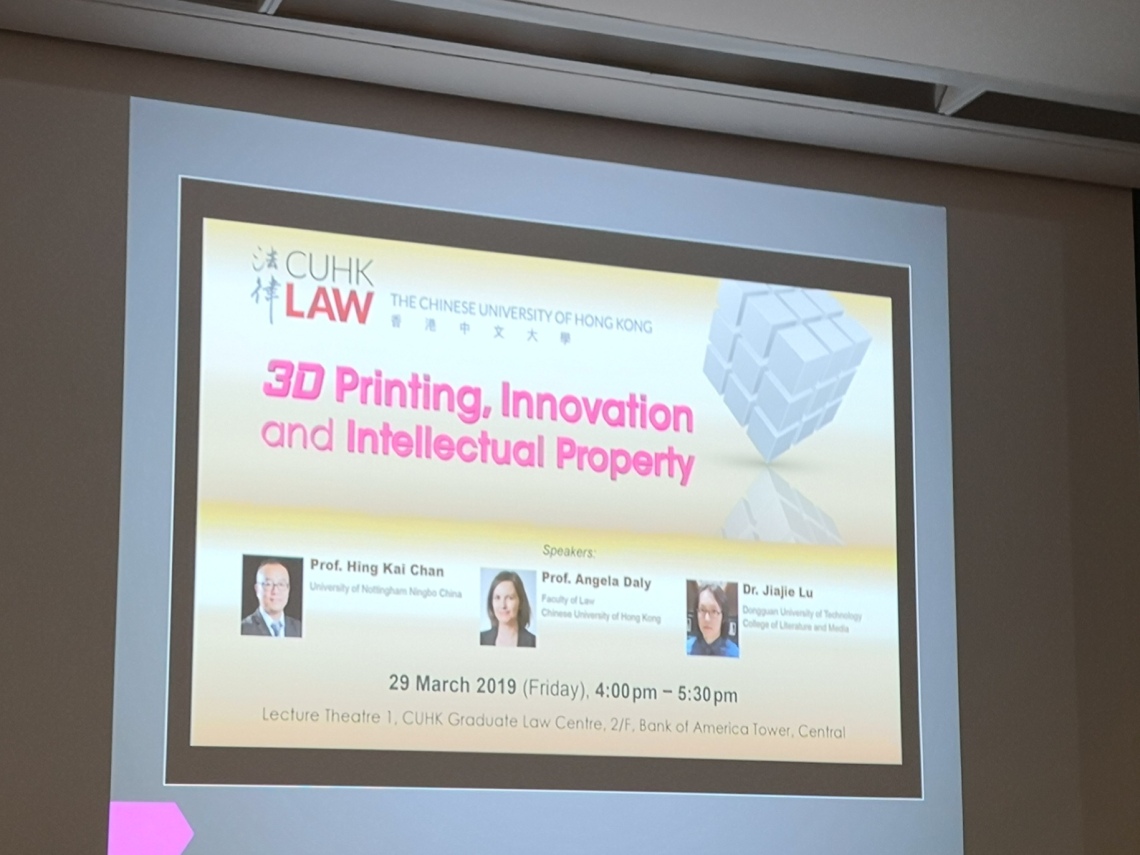 It was fitting for us to hold an event in the Greater Bay Area due to our fieldwork in Shenzhen for the 3DPIP Futures project, involving expert stakeholders in the important 3D printing industry based there in China’s ‘maker city’.

The event had a focus on China-related aspects of the 3DPIP Futures research, which were presented by Dr Jiajie Lu and myself as we were the team members which conducted the Shenzhen fieldwork. In fact, some of the Shenzhen horizon scanning workshop participants made the journey over the border to Hong Kong to join us in the audience for the launch event! 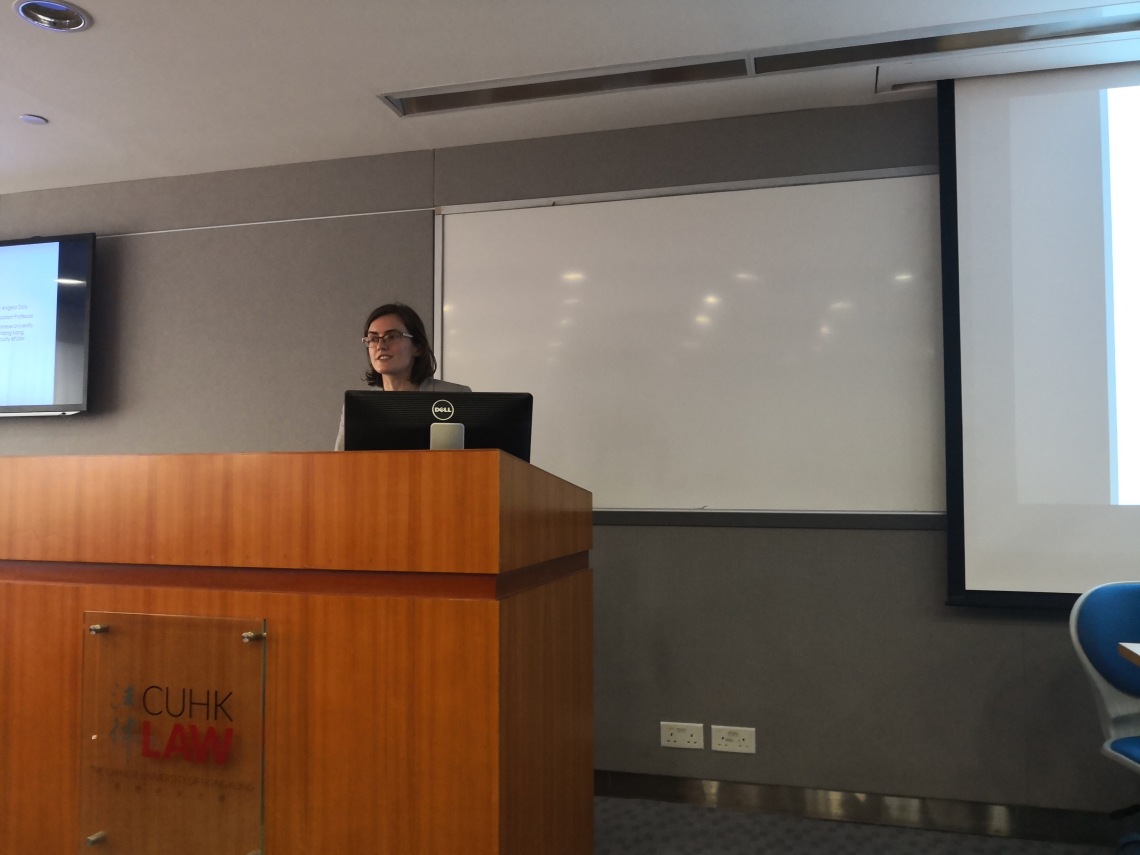 We also had two special guests: Prof Hing Kai Chan and Prof Marcelo Thompson. Professor Chan, based at the University of Nottingham Ningbo China, has also conducted research into 3D printing and IP licensing in China, funded by the UK AHRC. He presented this work at the launch event. With Prof Chan’s team’s work and ours, we are building a more detailed picture of what is actually happening on this topic in China, which, before our efforts, was not well known in the rest of the world. 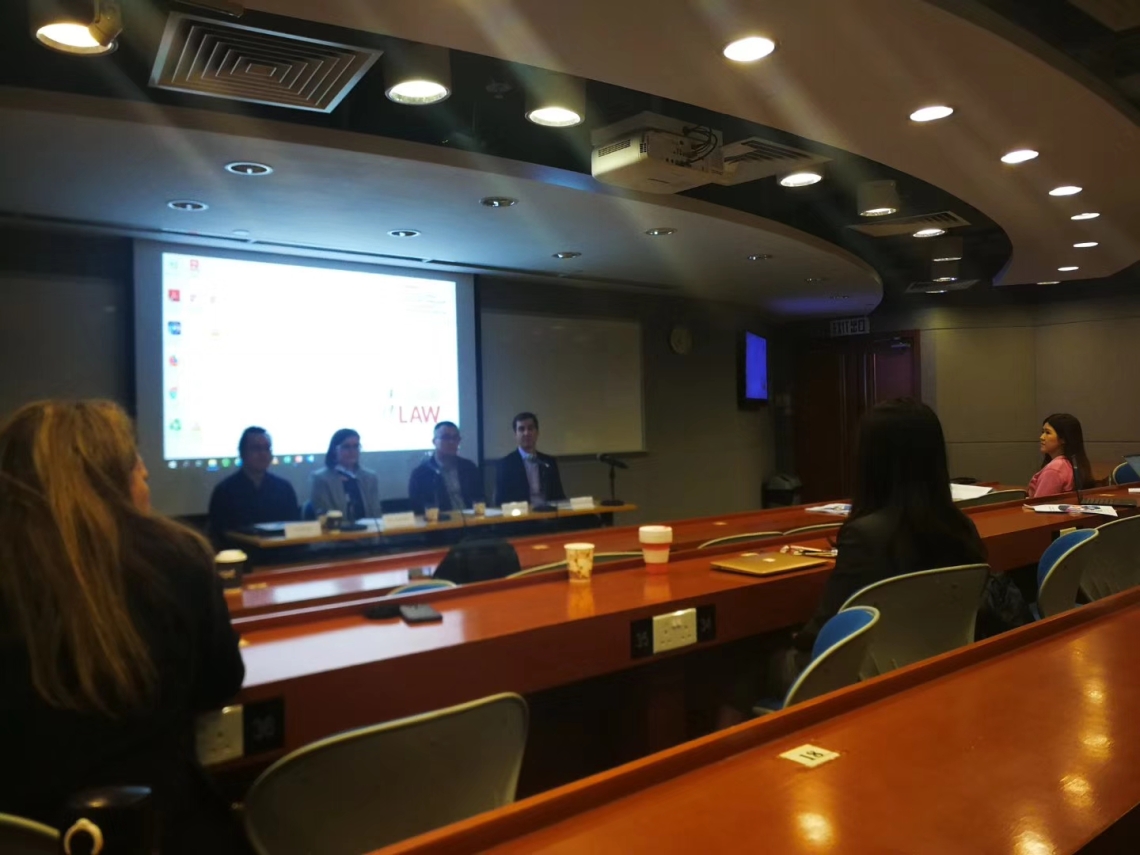 Prof Thompson, of HKU Law, was the event’s official discussant. He linked our work on 3D printing and IP in BRICS countries to broader discussions on global digital technology governance and the role that the BRICS – especially China – are now playing in this field. He also introduced the new CyberBRICS project run by Fundação Getulio Vargas (FGV) Law School (Brazil) , of which he and I are Associated Scholars. 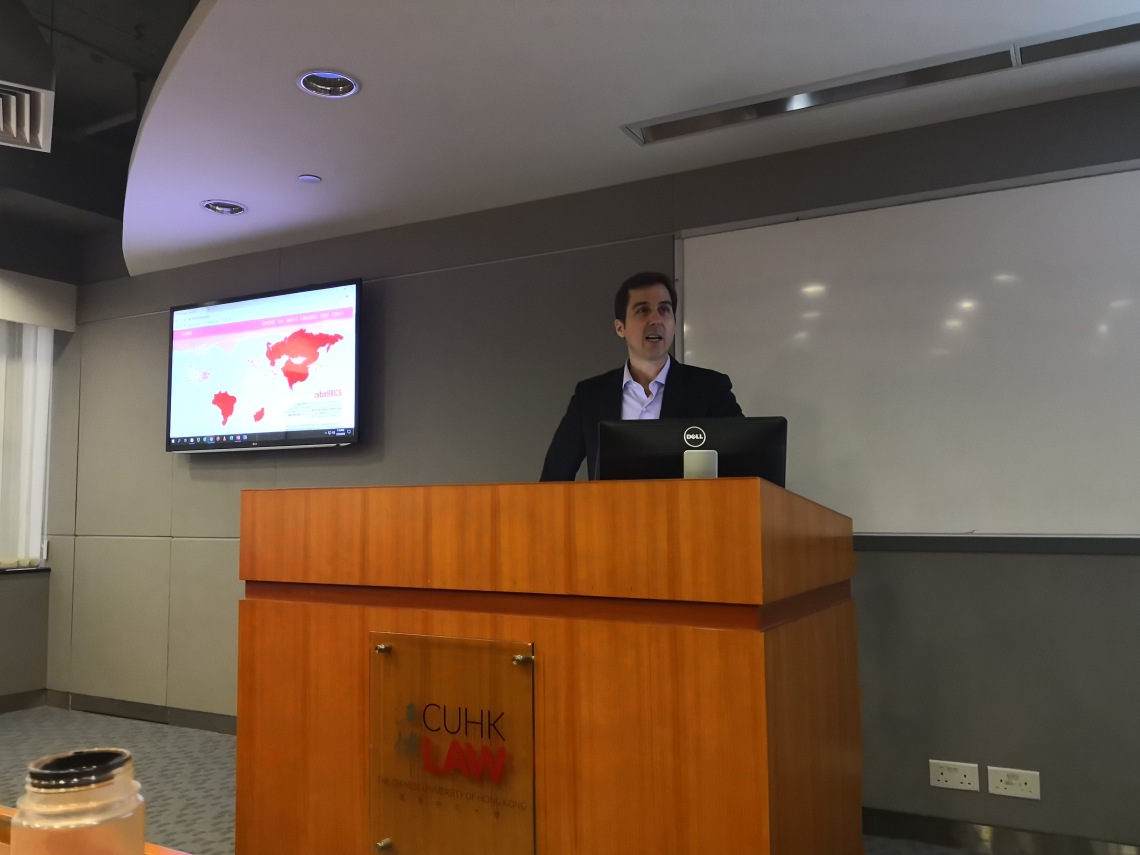 Numerous good questions and comments came from the audience during the public Q&A opportunity, and also spilled over and out into the less formal post-event refreshment reception. While the event was conducted in English, there were plenty of questions and discussions in Cantonese and Mandarin. Colleagues from other CUHK Faculties also attended, demonstrating the strong interdisciplinary interest in questions of 3D printing and the law.

Thanks to all speakers, Shenzhen workshop participants and audience members for coming and making this launch such a great event!

I am an academic researcher who works at the intersection of law and technology. View all posts by angeladaly